From chemistry to computer science

—–some thought about my studying in the university

Maybe I’m a so-called “study-like child” before, but I think the time I began to have interest on studying in the grade two of junior high school, and I love physics in that semester.

One year later, in grade three, I fell in love with chemistry just when I began to contact it. Not satisfied with the knowledge studied in classes, I always try to find more on the internet or some textbooks. I think I like chemistry most in the whole senior high school, and I began to have some interest on computer half year before NCEE, just have some interest.

I entered the department of computer science by some reasons, It maybe the farest department from chemistry, we even have no chemistry class in the four years. With no basis, I began to study C-language in the first semester. We have a league called LUG, which for Linux-User-Group, and I contacted Linux Operating System in that period. Linux is an efficient operating system, expect for its GUI (actually, I like the style of GNOME very much, but it always crash XD), my system changed from Fedora to Archlinux, and it’s nearly one year and half that I didn’t use Windows anymore (expect virtual machine). 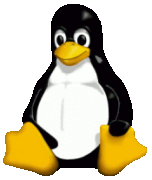 Linux is called GNU/Linux, and I contacted open source at that time, I think open source is great, they use and share code, there are also intellectual property, but its destination is to make it serve people greater. There are many great softwares in open source community, such as tex, git, vim, firefox, virtualbox and so on. You may say the universal level of open source softwares is lower that closed source ones, but I said, by the contribution of coders cross the word and more and more companies who also contribute to open source communtiy, it will be better and better.

I found computer is very useful in ordinary life. Now, the role computer played is more and more important, tedious works are delivered to do with computer, robots do the jobs which human don’t want to do, artificial intelligence is more and more successful in more fields, you may need to deal with data, greater tool or just a script can make it more efficient. If you totally know nothing about coding, you can try Python. It’s a language which is easy to learn and have many modules, you can do even every thing with Python, some knowledge about computer will help your work more efficient.

I’m actually a newer to coding, there is a long way for me to go, I don’t know what level I can get after 4-years studying. And I won’t abandon my chemistry totally, too. There is heavy task to do and long way to go, we can’t but be resolute and broad-minded.